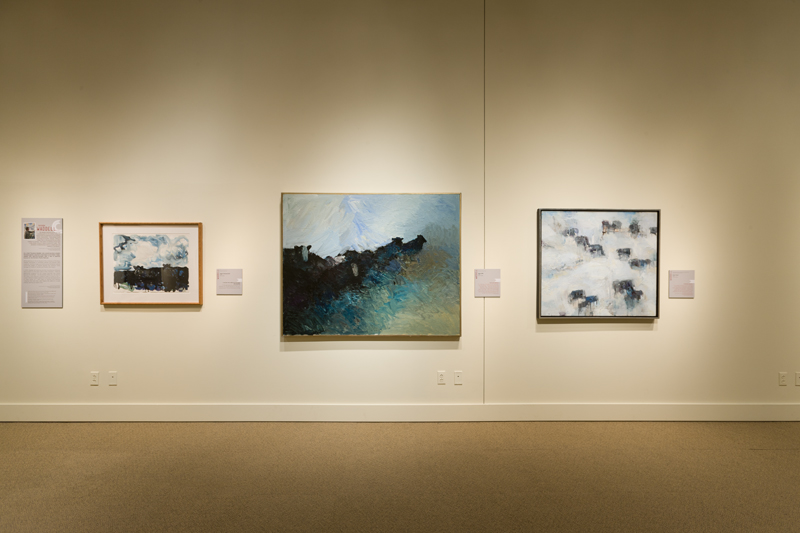 “My earliest memory of my dad was smelling paint on his clothes… when he came home he had paint on his clothes, shoes, everywhere. I have always loved the smell of oil paint. Still do. There’s a magic that is unsurpassed by any other medium or activity. The notion of loading a brush with a big dollop of paint is about as good as it gets. The sensation of developing a line or a shape with this material is wonderful.”

—“Into the Horizon” by Ben Mitchell
Theodore Waddell: Into the Horizon Paintings and Sculpture, 1960–2000
Yellowstone Art Museum, Billings, Montana
University of Washington Press, 2001

As a child Theodore Waddell, who would become a master Montana painter, watched in fascination as his father, Teddy, relaxed with paint-by-numbers after a day of painting boxcars for the Northern Pacific Railroad.

While teaching on the art faculty of the University of Montana, Waddell specialized in minimalist painted and stainless steel sculpture, coming of age as an artist just as Montana's cultural community began to expand beyond the narrative visual heritage of Charles M. Russell and Frederic Remington.

In 1976, Waddell left teaching and the mountainous Missoula area to ranch on the plains west of Molt, Montana. There he abandoned sculpture for the unique paintings that would become his hallmark. “On the prairies where you can see for 150 miles in any direction, sculpture made no sense to me. I couldn’t afford to make sculpture on the scale necessary [for it] to make sense, so I went back to drawing and painting—drawing first—and then, after feeling the need for a scale change, painting our black cows.”

*“Into the Horizon” by Ben Mitchell
Theodore Waddell: Into the Horizon Paintings and Sculpture, 1960–2000
Yellowstone Art Museum, Billings, Montana
University of Washington Press, 2001 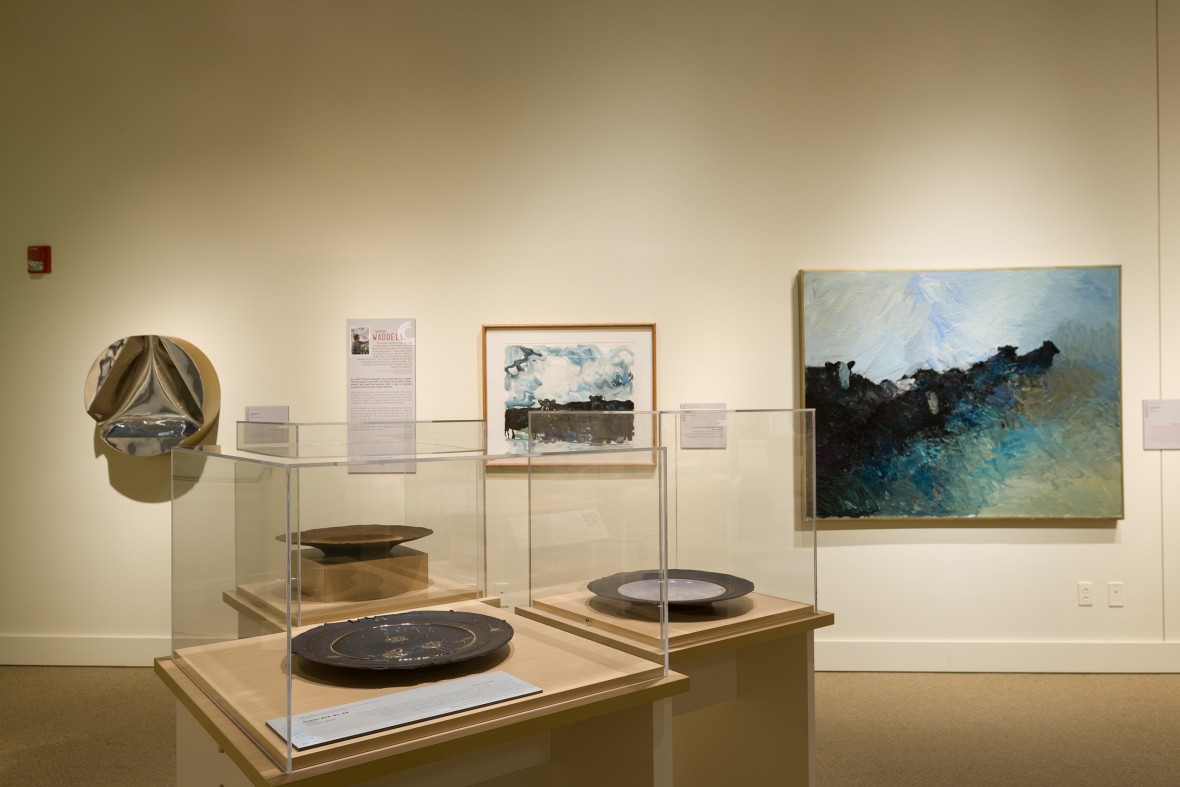 “I’m interested in the light and the landscape, and the animals. The animals are the most important thing. There’s an intensity that they bring to the landscape that without them is not there. Most of my life has been around cattle and horses and so those things are the things that really resonate with me.” 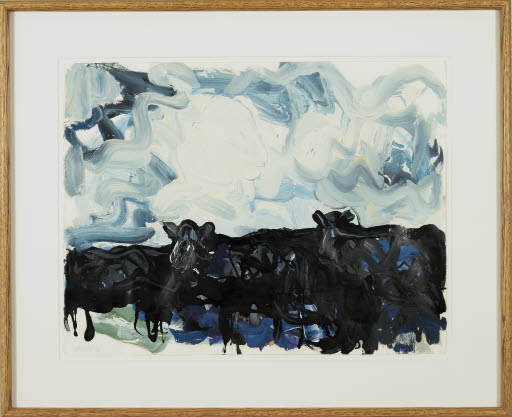 A rancher who makes art or an artist who ranches?

“In the early days the cows paid for my painting, now the paintings pay for my cows.” 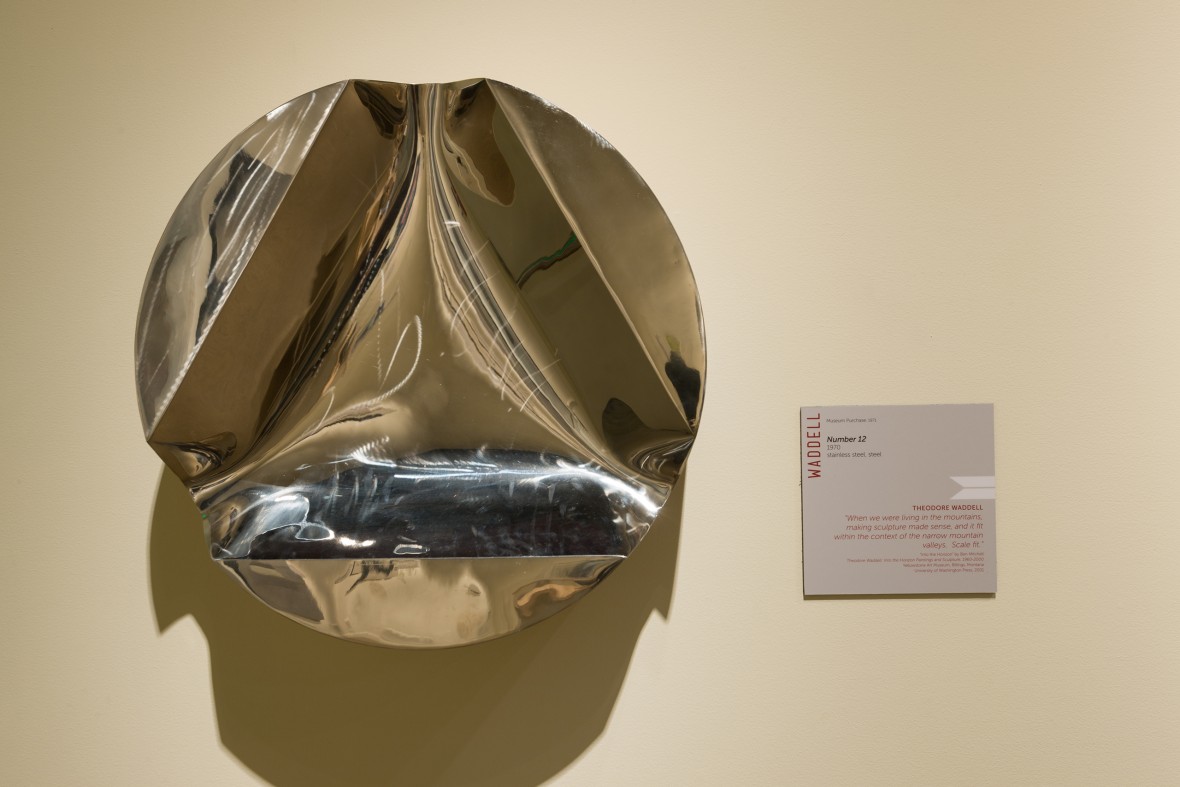 “When we were living in the mountains, making sculpture made sense, and it fit within the context of the narrow mountain valleys. Scale fit.”

—“Into the Horizon” by Ben Mitchell
Theodore Waddell: Into the Horizon Paintings and Sculpture, 1960–2000
Yellowstone Art Museum, Billings, Montana
University of Washington Press, 2001 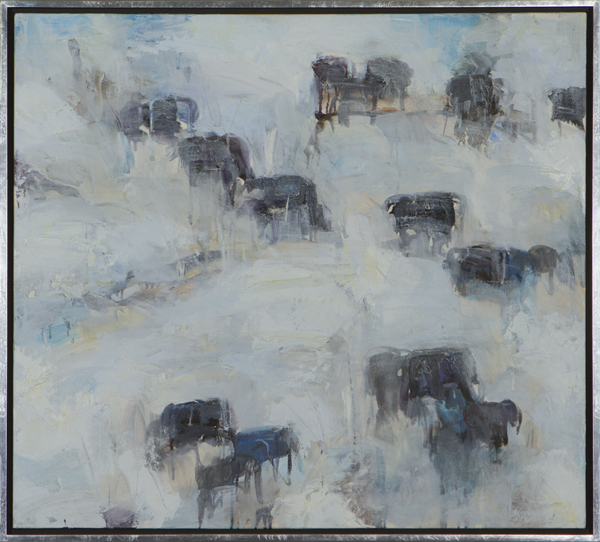 “… It is usually the winter months that allow time for quiet considerations, and ample time to absorb them and paint what is in the mind’s eye of memories. Contrasts are greater then and so are similarities, those contradictions that make painters, painters.”

1992
oil on canvas
Gift of Safeco Insurance, a member of the Liberty Mutual Group, and Washington Art Consortium, 2010
Accession Number 4234.39