Historic Campbell House has reopened and is all spruced up and ready to begin celebrating its125th anniversary..

Experience Spokane in the Early 1900s

Learn about the Campbell household and the changes in business, community life, and technology that faced this family, its servants, and its community, circa 1910.

Campbell House is included with regular Museum admission and is available for self-guided tours Tuesday through Sunday from 12-4 pm. Visitors with ticket reservations between 11 am and 2:30 pm will be able to tour the historic house following their visit to the other exhibits. Please confirm your Campbell House visit with the Visitor Services staff upon check-in. 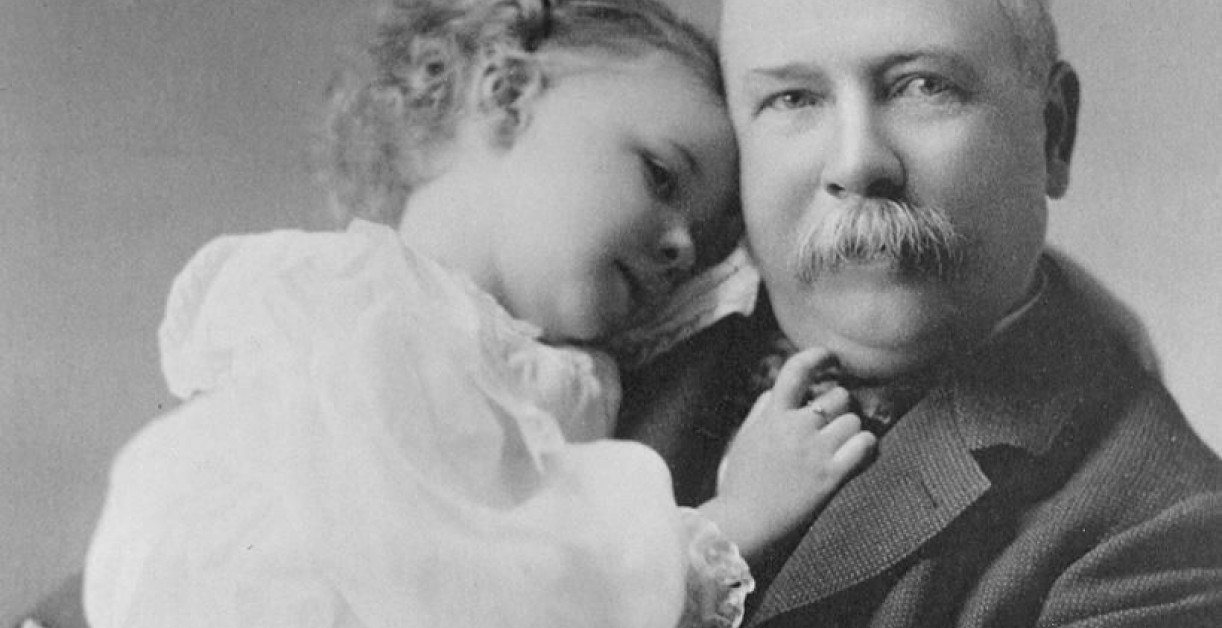 In 1887, a group of Youngstown, Ohio investors sent Amasa B. Campbell (1845-1912) and associate John A. Finch to investigate the tales of Idaho's fabulous Coeur d'Alene Mining District. The partners quickly determined that there were fortunes to be made. They invested $25,000 in the Gem mine, built a mill to work the ores, and soon were earning thousands of dollars a month. His fortune assured, Campbell returned to Ohio to marry schoolteacher Grace Fox (1859-1924), and they moved to Wallace, Idaho, a raucous mining town that was a far cry from the sedate life of Youngstown.

The Campbell's daughter, Helen (1892-1964), was born in Spokane during the same year that labor and management conflicts erupted in the Coeur d'Alene Mining District. Financial panics and the collapse of world silver prices accelerated these disputes, and Idaho governors twice placed the mining district under martial law. In 1898 Campbell and Finch moved their mining operations and their residency from Idaho to Spokane, which afforded greater security and more educational, social, and business opportunities.

Like many wealthy women of the Progressive Era, Grace Campbell managed her household, gave time and money to charitable organizations, and played a social role, calling on acquaintances, hosting formal dinners, and traveling with friends and family to New York, California, Europe, and the Middle East.

Daughter Helen enjoyed the new opportunities for women in the 20th century. She was an active sportswoman, playing golf, tennis, and riding horses. She exercised her newly-gained right to vote, and learned to drive a car. Helen enjoyed current fashions, bobbing her hair and trying exciting new dances like the foxtrot, while still following traditions such as paying calls and celebrating a formal debut.

Servants were indispensable to running Campbell House, which usually employed a coachman, a cook, two maids, and a gardener. Servants had their own dining room, as well as living quarters on the third floor or in the carriage house. During time off, they socialized at local parks and, if recent immigrants, studied English. As times changed, the coachman learned to adapt to using the automobile instead of the horse-drawn carriage. Other inventions made living easier: electric lights were cleaner than gas, central heating eased the burden of warming the house, and the call box quickly alerted the servants when needed. 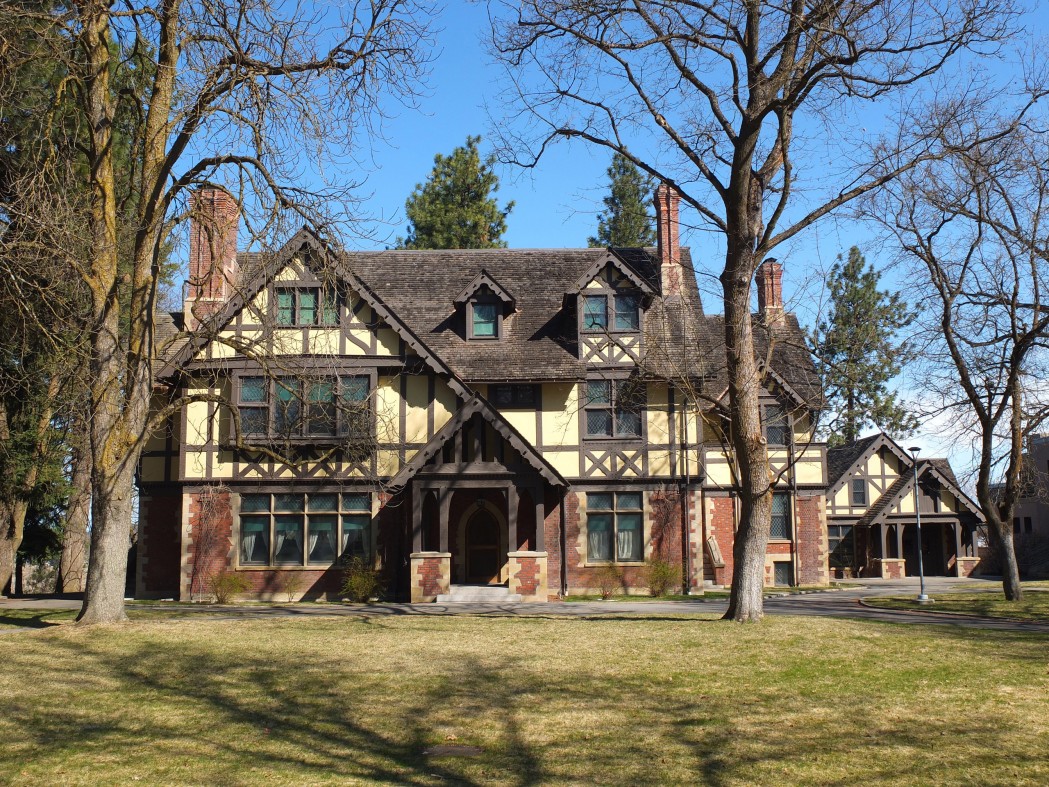 Both the Campbells and the Finches hired renowned Spokane architect Kirtland K. Cutter to design their new homes near each other in Browne’s Addition. Finch, the conservative financier, chose a Neoclassical Revival style. Campbell, the bold mining venturer, chose a more picturesque English Tudor Revival exterior of stucco, sandstone, brick and heavy timbers. The large main house, with offset service wing, and the adjacent carriage house were carefully designed to suit particular functions.

The first floor interior, on two levels, provides a sense of drama. To the right of the dark wood-paneled entry hall is a light, gilded French reception room where Grace Campbell received her visitors. To the left, the library’s dark wooden beams and inglenook fireplace provide a cozy atmosphere for informal evenings at home, as well as formal events. Four steps lead to a large dining room with a fireplace surrounded by blue and white Dutch tiles. A deep veranda around the back of the house affords a view of the Spokane River below. Other features include a den, decorated in the popular Middle Eastern style, well-planned service areas, and four upstairs bedrooms.

Following Grace Campbell’s death in 1924, Helen Campbell (then Mrs. W.W. Powell) gave the house to the Eastern Washington State Historical Society in memory of her mother. Campbell House became a community museum featuring historical and art exhibits. After a new museum building opened in 1960 on the Campbell House east lawn, the house began a return to its former elegance. From 1984-2001 a formal restoration project impacted all elements of the Campbell House complex: structures, landscape, interior design, technological systems, and furnishings. Today Campbell House operates as a house museum, interpreting life at the turn of the 20th century.