MAC's closure extended through Friday, January 28, due to the continuing COVID surge in Spokane County and its impact on our staff and operations. Next update on January 27. 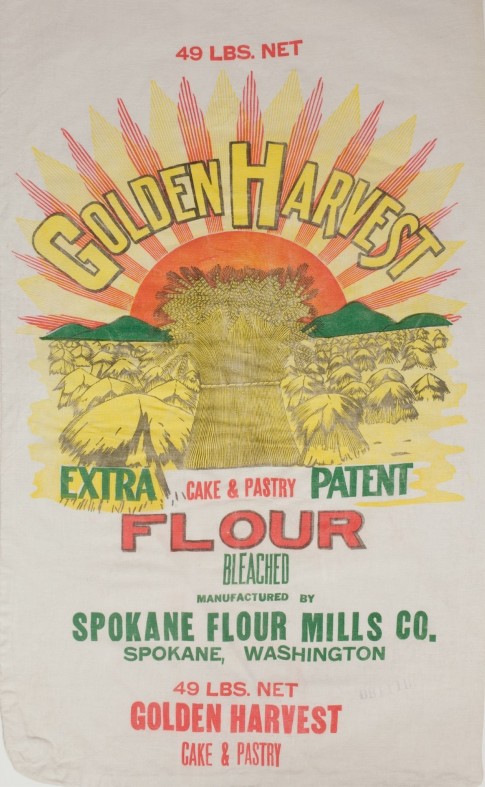 The MAC’s collection of cloth flour sacks offers a unique window into the early development of Eastern Washington’s wheat industry, which today contributes billions of dollars to the state’s economy. The sacks are also a tangible reminder of the mills that played a critical role in Spokane’s early growth. These graphically striking cloth sacks date primarily from the first half of the 20th century and most are in pristine condition. Several vintage objects made from recycled flour sacks, including a rare dress c1880s, will also be on display, as well as art and images from the MAC’s permanent collection.