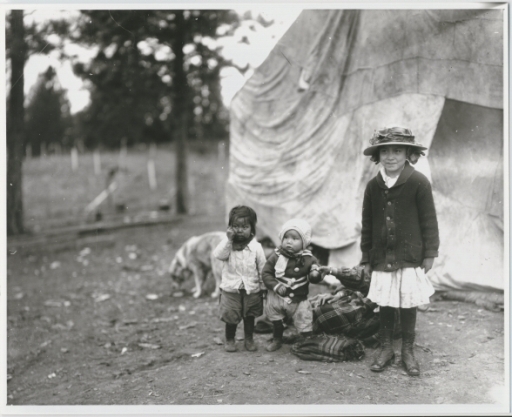 It all started on a dark and rainy day in the middle of may. The wind was blowing, the dogs were barking the the kids were crying. (because of the bad weather.) So, that day, there were three kids who were perched up on the window sill looking out onto their yard as the rain and wind came crashing down around them ruining their day. They always loved going outside and today they weren't aloud to go outside because their mom didnt want them to get wet. She was a very lazy lady, she didnt like to do laundry and very seldom bought them new clothes. So as little kids this was quite hard on them because they alwasy seemed to dirty thier clothes no matter how careful they were. So after their mom had just about enough of listening to them whine about how bad they want to go outside and after repeatedly telling them that it is to wet and cold to go outside, she got sick of them whining and got sick of telling them no. So, she kicked them outside and made them stay outside. they loved it.

It is Easter. I am wearing my best clothes, with extra layers because it is cold and damp and we will be riding in a wagon. My auntie has let me wear her hat. The little children will stay back; I get to go with the my parents. I am excited because I know there will be special treats for the children after church - and also because with summer will come warm weather and good food.

The little girl lived in a very poor family. Her whole suroundings were filled with nothing but poor families. BUt she always look at the bright side of things. Shje didnt have any toys to play with, she didnt have any grass to play in. This little girl had no food to eat, and the scraps she did have she would share with her to younger siblings so that they would not have to starve and they would be able to survive the harsh conditons. She would go weeks without food just to help out her family even tho she wasnt the provider of the family. SHe was acting as if she was the mom at the young age of 10 years old. But yet she did not complain about what she did not have, she did not complain about what she wasnted or what her friends had that she did not. She was different from the others. She put on a smile and made the best of everything watching and waiting for an opportunity to come to her, and when it did she would take that and run long and far with that. She was amazing.

A young lady and her two children went camping up in the woods. It was going to be a bit chilly so she brought up a bunch of blankets for their big ragged tent. The children were very excited to go off into the woods with their mother. After a few hours of doing a little hiking and enjoying the smell of the pine trees. They came back to their camp site that was brutally brutalized by a wild wolf and its pack. The children were teriffied and so the mother ran and took them to their vehicle and went back to grab anything she could to bring back home. She was so scared too. As she was shacking because she was so nervous she grabbed their belongings and ran to the car. She jumped in and took off back home. So much for our lovely campung trip, she thought.

with nothing left but the clothes on our backs we head off. mother knows she wont get very far with me and my two younger brothers but we head north anyway to look for some form of shelter. the hard ground goes right through my shoes but i say nothing as i carry my younger brother while my mother carries my second younger brother so they dont get hurt. at night i hear mother cry asking god why has this happened to me?? i feel so bad but yet i know there is nothing i can do for her or any of us for that matter. i just go to her and wrap my arms around her letting her know that im hear abd alweays will be.

There is a little girl sitting with her family. Her family was not a rich or wealthy family. They did not live in a nice house. They did not live in a nice neighborhood. They didnt have toys or anything to play with for that matter. They had to do everything they possibly could just to survive and get enough food so that they did not die from starvation. They couldnt play in grass beacuse the only thing around them was dirt and weeds. So then they were always dirty with no showers beacuse they didnt have running water or electricity beacuse they were so poor. But yet the girl always wore her best clothes and put a smile on. She didnt look at all the bad things. She looked at everything in the positive. She put a smile on beacuse she was happy with her life, and lived life to the fullest. She was a very thankfull little poor girl.

It was a long cold day, the kids are hungry and tired, all they want to do is is rest but they are not able too. They have to stay at their tent because the adults went to go hunting so they could all eat. As the kids were waiting they could here something in the bushes and they got scared, but when it came out of the bushes they realized it was just their long lost dog Rocky. The kids became happy and the adults ended up catching a deer and eating it for dinner.

Very young and very poor, this young girl is trying to liven the spirits of her younger siblings by dressing nicely, telling them everything is going to be okay. Even with their spirits down, she tries her best to make them happy, dispite their parents not being able to. This shows the oldest sibling of three simbolizing happiness when everthing else seems helpless and dark. She hopes that one day her and her little sibling will be able to grow up in a home where they can live and prosper without worries of what will happen next, but for the time being she will continue to keep her siblings spirits lifted and show them that great things are in store for them in the future. basically shes the glimmer of hope in the dark of night.

Always a smile on her face will take her many more places, she looks ready. Ready to move on, to help the confused little ones. The dog looks hungry as the children do, and she looks like a million bucks. She will go somewhere someday to help anyone and everyone she can. Staying positive no matter what happens.

All dressed up, where will she go, who will she become?