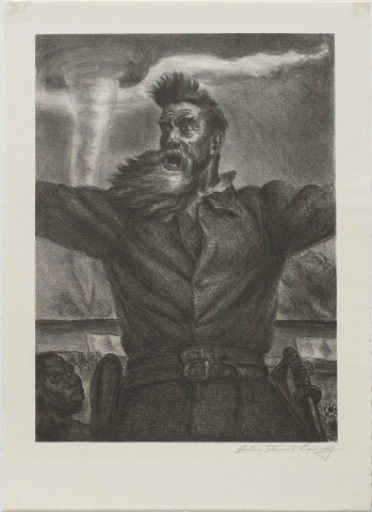 Repent! this man is crying out to the sinful and telling the people to repent for the time is at hand

One day a man named Shindauyok was out in the feild practicing his chinese magic. His mother in which he still lived with was yelling at him to come home and have dinner. He would not obey. After further screaming and discontent the mother came trampling out of her house only to find her son cooking up a storm in a more litteral sense. He was throwing all kinds of things into his little cauldrin that he had been using since the day he turned five. His mother had always told him to this very day to not combine random ingredients into his couldrin. She saw him throw in a pigs tail and a leaf of wheat in which make the worst possible combination ever to enter this world. SHe began to panic and cry as the sweldering cauldrin began to bubble at the mouth. She ran to her son and quickly grabbed him by the arm and started to run. They ran as fast as they could for as long as they could but it wasnt long before the giant spirling tornado of doom came into contact with their limbs.

Once upona time there was a young boy named Andy. Andy was a very different little boy and seemed to not like what most other kids his age found enjoyable. Andy wasn't very social and liked to play by himself most of the time, except for when he played with his good friend Jacob. Jacob was also the quite and non-social type so thats why they got along very well. One day when they were playing at andy's house Jacob was hiding under the bed from andy during their weekly hide and seek game when he came across a book. "magic for dummies and retards." he found this title to be very eye catching and wanted to read more about it. So as he was hiding he used the light from the window above the bed to read his newly found book. As he read he found a chapter called "spells." he was reading aloud, but in a very quiet tone because andy was still looking for him. but as he was reading he said "wingardiumleviosa" which was obviously a ancient water spell and the next thing he knows a tsunami came...

i am the all mighty one you must follow if you want to survive this indcredible storm god has unleashed on us. we must stick together and flee here before the tornado stikes our ship killing us all. other than that though i dont really have a plan to save us so we are probably going to die anyways unfortunately. we can abandon ship and get eaten by the sharks as we try to run from it or stay and have the toprnado pick us up and twirl us around unil it cuts us in half. i am sorry for what i brought you into and hope you all will forgive me

There was once a captain of a magnificent ship. some would call him a trader others a pirate.On a an average looking day the captain decided they should follow the wind. After a couple of hours wandering the seas the captain noticed the color of the water was becoming and darker and was churning this worried him, he had seen this before he knew what was coming. "Brace yourself for The Storm lads." the captain shouted. The crew below was rushing around preparing the ship for what was about to come. The captain took out his telescope and saw the beginnings of what looked like the end of the world. There was tornadoes and lightning and whirlpools bigger than any ship the captain had ever seen. The captain thought quick and said " We need to reach the eye of the storm boys or we will never survive", as he spoke lightning struck the ship the crew jumped about fearing for their lives. The men had little time to worry about the lightning as the tornadoes grew closer, the captain saw one

A lone man stood before us yelling about another one of his crazy fisherman stories. Time and time again he would rant about the giant whales and enormous squids he would be forced to fight and slay in order to keep our sea side community safe. The only problem with his stories is that they seemed to come straight from novels that the town had already read. It would change from time to time, depending on how sober the elderly fisherman was. Sometimes he'd boast of slaying the enormous kraken. He'd brag of the hundred tentacles he would be forced to fend off to reach the creatures head so he could plunge his harpoon into the hide of the beast. Other times he would make good mention of beast such as the Leviathan, an enourmous sea serpent that swallowed miles of the sea whenever it came to the surface searching for food. One thing that all the stories had in common was the beasts were signaled with the creation of a typhoon over the sea.

This picture i think says that theres a very powerful man talking to slaves or other people telling them to go to shelter due to a tornadoe aproaching the town. So he leads them to shelter or is trying to.

"I AM GOD I CAUSED THE TORNADO OVER YONDER. NOW I DEMAND THAT YOU BOW TO ME" I shout to all who will listen but all i get is fear from them. those who defy me will recieve all my fury.

As captain Ahab proclaimed they have spotted the white whal, the weather had turned against them. The white whale was using his magic to keep Ahab from getting his revenge, after all the whale took his leg. His friend ishmael was astounded that the whale was cappable of such powers, from thge stories he had heard the whale waqs only a master of elution and a master of disguise. Ahab had told his crew the whale would do everything in his power to stop them, but he had never dremt this kind of power.

On a very cold and windy night. This guy awoke from a dream. In his dream he was proclaiming that the world was going to come to an end, but no one was listening to him. He screamed and pulled his hair. Jumped up and down, he did everything to get their attention but they just ignored him. The next day he woke to cloudy and not very promising day. When he walked outside he saw everybody in panic. They were screaming and fighting. He thought everyone was playing a joke on him. So he just laughed and smiled and acted cool and calm. After about thirty minutes he began to worry, and not soon after there was a twister coming straight at the little city of Washtukna. This twister was three times as big as a sky scraper and as wide as the wall of China. He ran inside and grabbed his valuables and took off for safety. He didnt know what to do. The end.

It was a dark, dark day in cuba and this man, Fidel Castro, is going crazy after noticing the tornado coming towards him and his town. He is trying to tell everyone what to do in order to get them to saety.

Once upon a time, there was a little boy who liked to be on the water. This little boys name was peter. Peter was a small little kid with freckels that covered his whole body almost like a dark skin coat. Even since peter was in the belly of his mother he dreamed about swimming like a fish in the ocean once he grew up. When peter turned five he got a row boat for his birthday. His and him took the boat out on the water and started top fish. Peter picked up on the fishing very fast. As peter grew in the later years his love for fishing grew as well. Once he graduated from High school, all of his friends were going off to collage but peter knew there weren't andy courses he could take to help in persue a career in something that he loved. His love was for fishing. After many years of fishing he began to hear legends of a big ol' fish that no one could catch. This fish was so big that it had eaten a baby african whale. Peter alwasy liked challenges so he decided to go after the fish.

It looks like this is a ship captain from way back then who does slave trade, for there is a African-looking man in the background and his ship is caught in a serious storm

"Here she COMES!!!!" He yelled to his men. they took up their posts in the ditch. He was yelling like a mad man, but no one knew what they were up against but him. so they took his word for it.

In this story Walter of the Weather is MAD. So mad, and he's creating the biggest storm anyone have ever seen. The townspeople are begging him to stop it. Johnny is so angery because he just found out his wife was cheating on him, and he has so much anger that he is acting without thinking. Besides that, he's well under the infulence of drugs and such. Johnny eventually stops after his wife Bre convinces him that this is all jsut a rumor. & he stops the storm & everyone lives happily ever after.

A raging storm in the middle of a small village frightens the bearded man. John is his name, and he is trying to lead the villagers to safety, shouting out orders as he goes. He cares about his village but must leave it behind and start a new life as the tornado rips through it.

A man gathering his slaves and leading them to safey because there is a tornado storm approaching. They look on in awe as he takes charge with his weathered and experienced ruggedness. He's a very authoritive figure who's born to lead his workers.