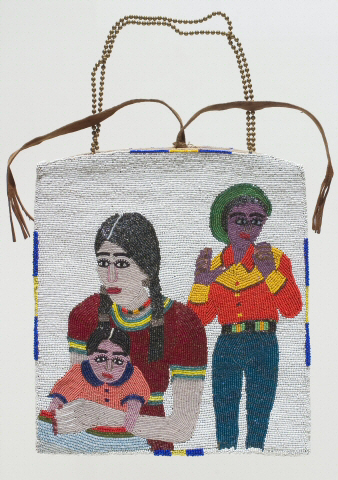 She’s holding her baby boy and she is singing him a lullaby. The man is crossing his fingers because he is going to say boo to wake up the baby.

This looks like a family, a mother, father and a child. The father is outside the intimacy of the mother and baby for now. He is dressed fancy, which is why she was attracted to him in the first place; now there is a child and the baby has her full attention. The father likes attention, misses it and can't really figure out why he isn't getting any. Soon the child will grow and be enfatuated with his dad and need his mother less and the family dynamics will balance out.

Once upon a time, there was a little girl named cindy loo who was quite creative. This little girl had an imaginination as big as the universe. Thats very big. This little girl was so smart and creative that when she was in the fourth grade she stood out among her other classmates that the school board put her into the 11th grade. When she got to high school she was quite nervouse. Kids towered oiver her like giants. Old men and women walked through the halls like teachers. This kind of atmosphere made cindy loo very scared. To cope with this she decided to start and extra caricular activity. She wasn't quite sure what she should do so she went home after school one day and asked her mom what she thought she should do. Her mom knew about her great talents and how creative she was when it came to art. So as a good mom she told cindy loo to make baskets. The baskets would show off her talents to the fullest potential. As cindy loo made baskets she because very popular. She is now rich.

A woman and her seven month child are being harrassed by a man from a different indain tribe than them. He is hoping to get all their crops and land by keeping these two hostage. The woman is the wife of the Cheif from her tribe. They are fearful that they will not return home & will end up suffering from lack of food and water.